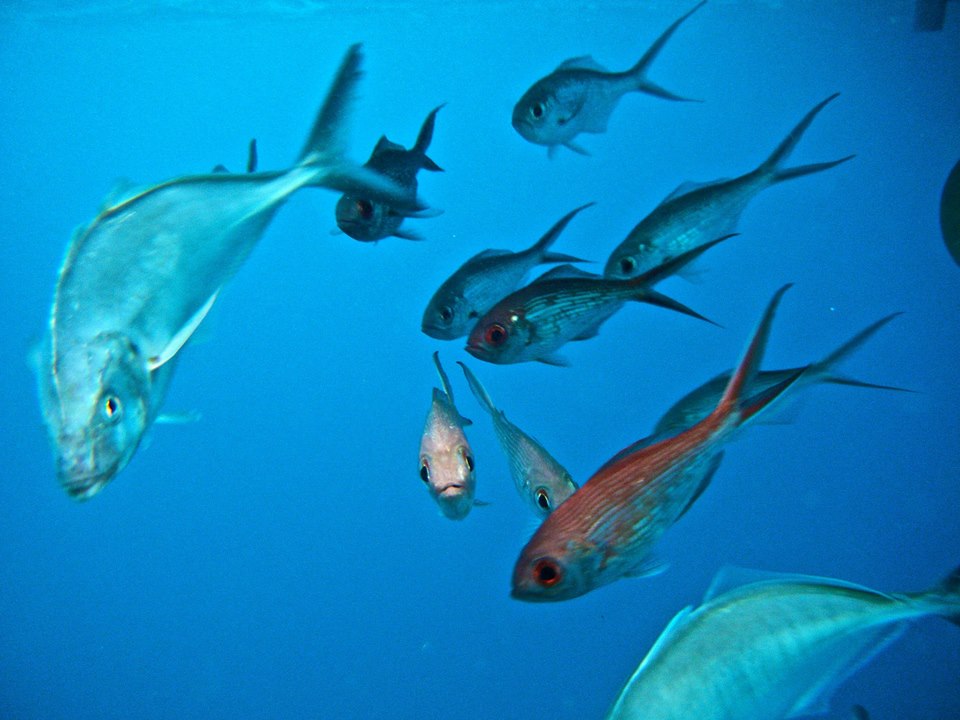 After the dive we headed to Alligator Creek, where we stayed at a cute B&B where wallabies were living in the yard and a python was living in the shed. Our hosts took us to the local bowling green club to have dinner. The waitress came in every fifteen minutes to announce the new winner of some raffle. It was quaint.

The next day we headed out early to snorkel the great barrier. The whole boat ride out Wes and I were feeling sad that we were unable to dive because we had a flight the next day. However, it was perhaps better to snorkel, as the water was shallow and the color was best at the surface. We saw some reef sharks, many fish, corals, parrot fish eating corals, and I even saw a bull shark. We were in wetsuits so we did not get fried save for the back of our hands. OUCH!

That evening we decided to have a picnic dinner at the alligator creek national park. It is a camp ground at the end of the road. When we sat down to eat our traditional Aussie meal of KFC a large rooster came running out of the forest straight towards us. We shooed him away because we knew he wanted food. Next up was a beautiful pheasant. He had the head of a tiger, the body of a fish, the wings of a leopard, and a tail like fire. Seriously, he was the strangest bird I’ve ever seen. We threw him some crumbs and he hung around and ate lunch with us. We later learned he was the lost pet of an alligator creek resident. Too bad we didn’t catch him. We went a little further into the park for dessert and ate among the wallabies. Wes chased a couple in order to see them jump over a short fence.

We woke (too) early to catch our flight to Brisbane. It was our last day in Oz before our evening flight to Fiji. When we got to the airport we had to decide between spending the day in Brisbane or in the Gold Coast. An information booth man convinced us that we would enjoy the gardens in Brisbane so we headed out. Well, compared to the rest of the gardens in Oz, the Brisbane garden was pretty pathetic. We decided instead to check out the main square. We got some souvenirs and then ended up in a department store that went 5 stories underground. We decided to get a gopro camera for diving (only $80 more than buying it in the states) and then spent what seemed like the rest of the day trying to find our way out of the department store. After making our way out we spent the rest of our time consuming the free city wifi before heading back to the airport for our flight to Fiji.